Managed for your business.

BlueReef Technology is a promise. A promise to treat your business like our own.

Protecting your business from data theft or damage is always going to be forefront in everything we do. 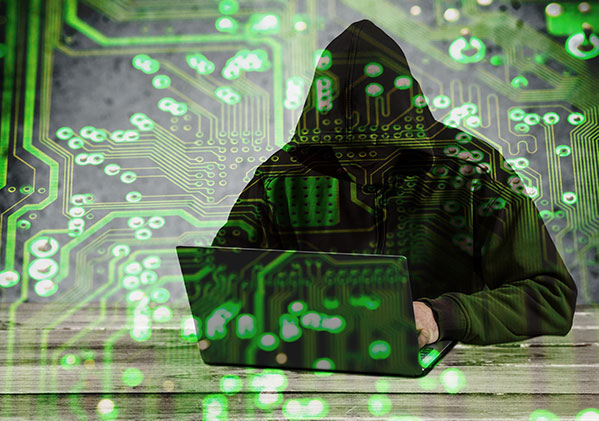 Why is Cyber Security for small businesses important?

At a base level, Cyber Security is the defence of Computers (including Laptops, mobiles, and tablets), Servers, Networks, Data, and Software from malicious attack or compromise. Some of the items that can be a factor to or at risk to cyber security threats include:

Read more in our guide: The definitive guide to Cyber Security for SMEs

What are the Cyber Security Threats for SME?

The IT Security threats to small business is very high compared to all other types. In 2019 a report by Verizon (2019 Data Breach Investigations Report), reported the victims of data breaches were broken down by:

How breaches occurred was also of concern:

The majority of attacks (69%) were instigated by external perpetrators, with 34% involving internal actors.

Unsurprisingly, 71% of all these breaches were financially motivated.

Of greatest concern however is that 56% of all breaches took months or longer to discover, and the average cost to business (of all sizes) was $200,000 USD, according to Hiscox (Cyber Readiness Report 2019).

The overwhelming takeaway is that cyber attacks are a very real and present danger to small business. 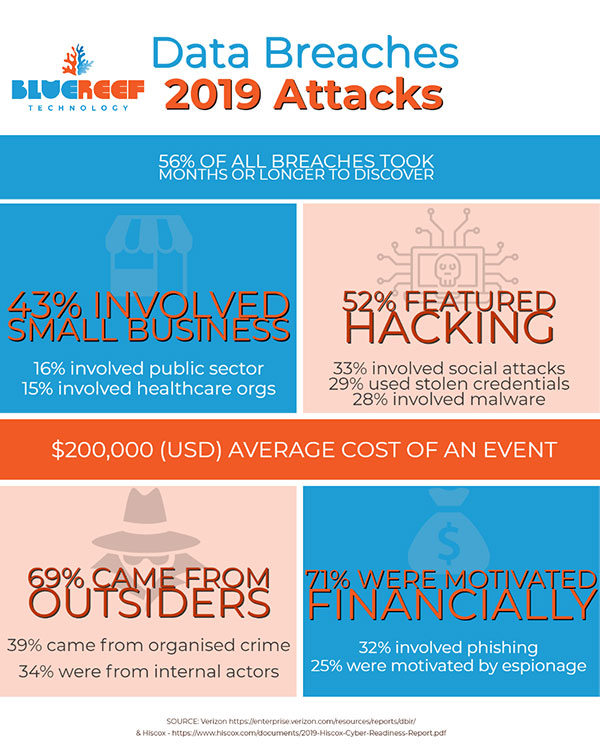 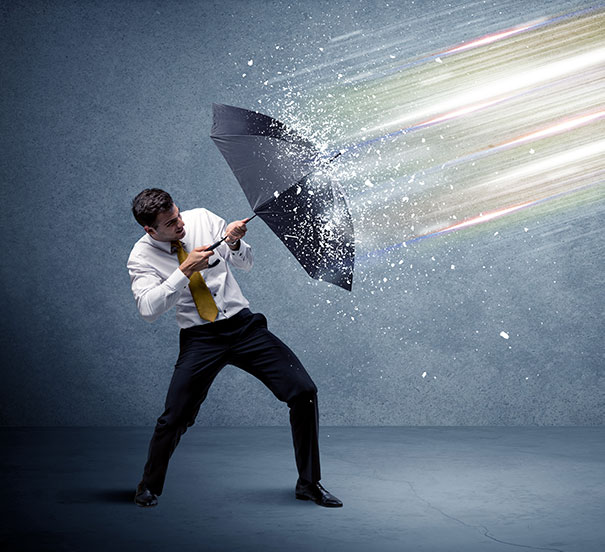 Why not do an audit of your business cyber security?

How can Cyber Security solutions work to protect your business?

Cyber Security Solutions should not be a 'cookie cutter' product. Every business should have a full audit and analysis of what is needed to properly secure their IT platforms.

We have a range of products, and services designed to mitigate cyber threats to your business - which we use to create a fit-for-purpose solution for our clients.